.@FBI: @orlandosentinel #DeadInmate story is skewed; we both know why. 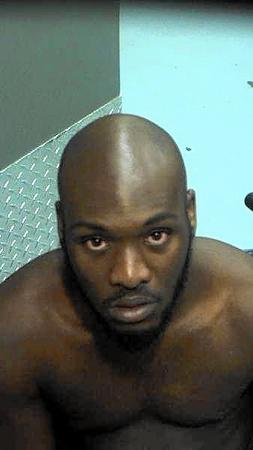 About 10 a.m. Monday, a detective told Willine Gracia that her son suffered a seizure the night before his death.

Jail staff then moved him to the medical unit, where they found him unresponsive the next morning, she said.

“I spoke to the jail before about him not getting his seizure medications. So they knew,” Willine Gracia said, referring to prior arrests that landed Gracia in the Orange County Jail.

“I do believe the jail was negligent in some way,” she added. “If you know he has seizures, then you monitor him.”

I wrote about Max Gracia’s death yesterday, angered by a mugshot in a wheelchair being taken so lightly by the Orlando Sentinel.

Many persons with epilepsy – like myself – have learned not to trust warning labels on epilepsy medications. If we have questions about we’re experiencing after starting a medication, we go to online epilepsy forums where those with epilepsy chat about what works and what doesn’t. And we look for lawsuits that have been filed.

I used to chat on a forum, before fighting public corruption took up all of my waking hours. Particularly while I was taking Depakote, because it’s the worst epilepsy medication I’ve ever been on: it made me physically ill, on top of making me edgy, impatient, and verbally volatile – in other words, changing my personality.

I’m not going to take the time to find the best forum chat about Depakote, I’ll instead share the first one I found.

Nor am I going to sort through lawsuits to document Depakote’s detrimental effects on behavior – there are just too many damn suits – page after page after page of them.

What do most reporters do for a living? Do they just collect quotes from a few people, from the comfort of their chairs, and then type them up as if it’s possible for all opposing parties to be speaking the truth simultaneously – although it certainly isn’t – and then insert their subtle-as-a-sledgehammer pro-public servant, pro-corporate interest slant?

I’ve had a gun held to my head. I’ve been shot at during a high speed car chase. I’ve suspected I’d been poisoned and later had a lab report confirm that I had been. Afterward, I’ve said that I was terrified, scared sh*less, frightened half-to-death, etc.

Not once did I use cops’ go-to phrase for killing unarmed suspects … “in fear for my life.” I doubt the cashier said those words, either. She was probably asked a yes or no question by reporter(s) that allowed them to use that phrase … in both articles they’ve written about Max Garcia’s death.

On whose behalf were both Orlando Sentinel stories written so stupidly? The Orlando Police Department’s, for not taking Max Gracia to the hospital instead of the Orange County jail? The Orange County jail for failing to ensure that Gracia didn’t miss a dose of Depakote? The manufacturers of Depakote, who just keep pedaling their pills as if they didn’t do more harm than good? The doctors who prescribe Depakote, who ignore their patient’s complaints, verified by chat rooms and lawsuits?

Most of all, the public need to know that when jails and prisons personnel withhold epilepsy medications, it’s attempted murder. And that it’s too often successful.

The Orlando Sentinel routinely wrecks the lives of innocent citizens like William “Tommy” Zeigler on behalf of scoundrel public servants, like 9th Judicial Circuit State Attorney Jeff Ashton. If Ashton is left to determine if there was any wrongdoing in Max Gracia’s death, Ashton will likely say there wasn’t, even though Gracia’s dying at age 22 screams that there was. Ashton is who is keeping Tommy’s frame-up intact, with a great deal of help from the OS.

In all of the Orlando Sentinel‘s blathering about scores of convictions achieved in neighboring Brevard County with the perjured testimony of pretend “scent evidence” expert John Preston, not once did they admit that Preston had perjured himself on their turf – with FBI participation – and that it  resulted in Linroy Bottoson being wrongly executed. When Gary Bennett’s Preston-perjury prosecution was transferred from Brevard County to Jeff Ashton’s unclean hands, the Orlando Sentinel remained silent, despite the incurable taint and additional wrongdoing by Jeff Ashton, and Brevard Judges John Dean Moxley and W. David Dugan. I didn’t.

As it happens, still-framed Gary Bennett has epilepsy, and his medication had at one time been withheld by prison personnel. He had several humiliating, life-threatening seizures before his family’s insistence, echoed by mine, got his medication restarted.

We need federal legislation that prevents newspapers from deliberately obstructing justice, because the intent behind is doing so is just one thing, and it’s pure evil … engineering election outcomes.

Jeff Ashton and the corrupt cronies he plays along with – like Judges Dugan and Moxley – belong behind bars, and Rick Scott knows it. But Rick Scott belongs behind bars, too, and isn’t going to throw stones. Too many of Florida’s public servants devote most of their time to preventing themselves and other public servants from being held accountable.

And the FBI knows it.

And the FBI won’t throw any stones, either, despite their explicit obligation to address Color of Law behaviors. The agency will play along with wrongdoing, so long as no public servants and no one in the election-engineering media points a finger at their multiple, nationwide forensics foul-ups that are keeping false convictions intact (of which the least of the forensics foul-ups may be DNA-disgraced “scent experts” like John Preston and Keith Pikett).

I hope that someone who knows Max Gracia’s mother, Willine, sees my post, and troubles themselves to sort through epilepsy forum chats about Depakote as well as all the Depakote lawsuits to find out the extent of how the medication affects behavior. They may find specific indicators that Max didn’t just change out of the blue, which could give her some deserved comfort.

3 Responses to .@FBI: @orlandosentinel #DeadInmate story is skewed; we both know why.