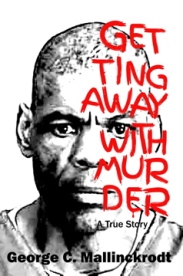 MEETING TOPIC: Prison Conditions for the Mentally Ill: A presentation and book-signing by George Mallinchrodt, author of: Getting Away With Murder. Why are the ACLU, Amnesty Internationl, and other civil and human-rights groups alarmed? A whistle-blower and psychiatric counselor will enlighten us all on the cover-up mentality of the Florida Department of Corrections.
Come on out and bring your friends. All are welcome and needed. The hour is growing late. Lets work together to create a nation that works for all of us.

I’m hopeful that the Miami Herald will stop back pedaling on reporting about inmate abuses that led to homicide and suicide at Dade Correctional Institution.

While that newspaper’s occasional courage is better than Scripp’s Treasure Coast newspapers showing little to none on every issue, it simply isn’t good enough.

Minimizing the amount of actual news that reaches the public in order to maximize the profitability of newspapers and broadcasters is a marketing fraud on the public on a scale that overshadows all other marketing frauds, from claims of faux food being “All Natural!” to claims that wicked-filthy natural gas is “clean energy.”

The Miami Herald needs to publish Richard Mair’s suicide note, and they need to report on everything they now know about Mair’s bravery.

Mair risked the same fate as Darren Rainey to write that note – being scalded to death by guards – and it wasn’t his first show of courage. 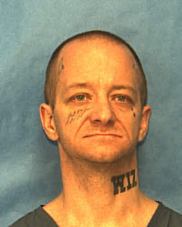 Reporting about Mair would undo yet another Brevard County frame-up – Jeff Abramowski’s – and make it clear how silly it is for anyone to believe that Florida Department of Law Enforcement involvement in investigating Florida Department of Corrections untimely deaths will do anything other than MAKE MATTERS WORSE: it is not a solution, it is a dilution.

Feds need to investigate Florida frame-ups and inmate homicides, and not the same Feds who have pretended nothing is happening, which rules out the Tampa and Miami FBI offices, as well as every field office they supervise.

Hell, it even rules out participants from the Dallas, TX FBI office; they apparently viewed it as a professional courtesy to Florida FBI offices to ignore the suspect condition of evidence at a DNA lab on their turf received by order of Brevard County Judge W. David Dugan for two separate – yet nearly identical – frame-ups.

Federal regulators allowed LabCorp purchase of Orchid Cellmark’s Dallas DNA facility with all parties knowing of the unresolved issue of receiving evidence in suspect condition and doing nothing about it. Perhaps it’s an every day occurrence … just another potentially deadly, unprofessional professional courtesy. After all, when innocents serve murderers time, the killers are free to kill again.