Posted on November 5, 2018 by Susan Chandler 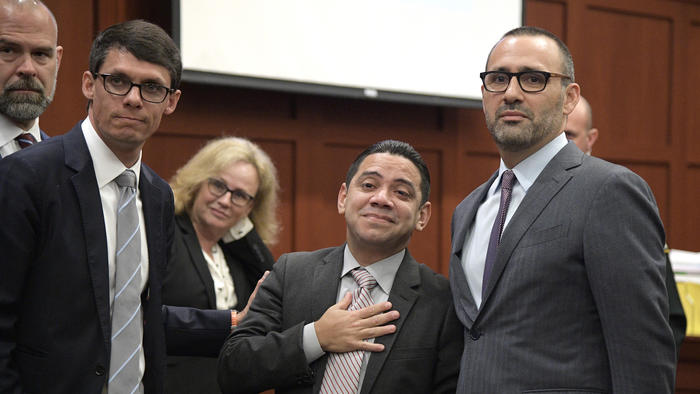 “Besides my mother, nobody believed me,”

It’s not hard to understand why Clemente “Shorty” Aguirre-Jarquin was unaware that activists believed him and have been pulling for him.

Some innocence attorney organizations like their clients to believe that there’s only one life raft left, and they’ve got it in their brief case. They’re confident that the mainstream media isn’t going to correct that impression, because the media sometimes likes to play at having the last life raft at hand, too.

According to Channel 6, Shorty isn’t free, he’s in ICE custody. According to the Innocence Project on Twitter, Shorty bonded out of ICE custody. Regardless of how he’s shuffled around, it’s likely no one will clue him in that he hasn’t been walking this walk alone, and won’t be in the days ahead, either. I’ve been advocating him for over five years, and had already challenged the Justice Department to do the right thing before I found out he’d been bonded out:

They got Shorty. But you gotta wonder why. https://t.co/LzZObvG4P7 via @wordpressdotcom

Other advocates on Twitter are making noise, too, and it’s just as confused as mine.

One can’t help but be confused when the Innocence Project is involved. In 2004, they worked on Wilton Dedge’s exoneration in the same judicial circuit where Shorty was convicted – also in 2004. Prosecutor Chris White – a godawful man – was involved in both cases.

Part of Wilton’s story became the centerpiece of the documentary After Innocence, with the most damnable parts of his frame-up going without mention in the movie: phony scent evidence expert John Preston, who had participated in roughly 1,000 investigations nationwide and left behind a trail of false convictions; coached jailhouse informant Clarence Zacke, who had recanted his testimony about Wilton and Gerald Stano prior to Gerald’s 1998 execution, naming prosecutor Chris White as one of his coaches in testifying against both Wilton and Gerald. Like I said, White’s a godawful man.

It may be untrue, or it may be some sore loser prosecutorial saber rattling that sometimes accompanies exonerations, or it may be that Archer believes he can get away with being a godawful person for half of forever, just like Chris White has, putting innocents behind bars and fighting like hell to keep them there, wasting taxpayers money and keeping them in danger instead of keeping them safe from actual killers.

The American Bar Association, Florida Bar Association, FBI, Department of Justice and innocence organizations shouldn’t let State Attorney Archer believe – even for one more day – that he can be godawful on the taxpayers dimes. The non-profit organizations’ tax exemptions should hinge on holding Archer accountable, and so should staying on the job for leaders of governmental entities. Nobody should be immune from prosecution for life-wrecking wrongdoing in the USA. No one, no how, never. The mainstream media should have taken the same stance back in 1976, when prosecutorial immunity from prosecution for misconduct (separate but equal justice?) was made the law of the land by the US Supreme Court.

Gerald Stano, executed although innocent in 1998. Prosecutor Chris White is a godawful man, and he didn’t labor alone.