Brevard County, FL. On the cutting edge of creepy. Always.

Police Departments Creating Their Own DNA Databases of Unsuspecting Citizens

A routine pullover by police in some towns could land you in a private DNA database.

The private databases that are operated by local law enforcement are separate from the FBI’s centralized, national DNA database network, commonly referred to as CODIS. In an article published in the Boston University Law Review in March 2015, University of Arizona law professor Jason Kreag noted that local databases like these were not subject to the regulation and federal laws that govern law enforcement’s use of the FBI’s national DNA network. That means that while national databases can only include individuals arrested for or convicted of crimes, local databases could (and typically do) include those who have voluntarily given DNA samples such as witnesses, crime victims, and family members of victims.

Local law enforcement agencies are also free to search these databases whenever they deem fit, unlike the national DNA database, which has strict use limitations. Because local police officers have complete discretion about who to target for voluntary DNA samples, racial and socio-economic profiling is an issue.

Brevard County, Florida’s creepy take on the above, as a participant in collecting DNA for no legitimate purpose:

“We’re not going to be walking down the street and asking a five-year-old to stick out his tongue,” Heath Sanders, the head of investigations at the Melbourne (Florida) Police Department, told ProPublica. “That’s just not reasonable. But let’s say a kid’s 15, 16 years old, we can ask for consent without the parents.”

This is consistent with Brevard County’s creepy take on other matters. I addressed several of them with then-sheriff Jack Parker via email back in 2011, which I previously published on this blog under the headline, Crystal meth, justice, God and Sheriff Jack Parker, part of the email’s subject line.

Please direct to the attention of Sheriff Jack Parker.
It is my understanding that electronic correspondence becomes public record.

I am writing to object to further public misrepresentations of the content of your character as well as the quality of service your agency provides to the citizens of Brevard County under your direction.

On February 4th, Florida Today published two articles as well as an editorial that will serve to reelect you and consequently continue to endanger the public; “Conference explores links between God and police,” “Deputies keep close eyes on meth cooks fresh out of prison” and “Our views: The meth menace.”

Over the years, I have written to you in detail about clouded Brevard convictions – Monte Adams, Jeff Abramowski and Crosley Green as well as the victims of discredited dog handler John Preston’s perjuries. If memory serves, the details included (but weren’t limited to): 1) use of coached jailhouse informants (per upset convictions of Juan Ramos, Wilton Dedge, Bill Dillon), 2) misrepresented evidence (Jeff Abramowksi’s knife purchase), 3) withheld evidence (unexamined fingerprints that were not Monte Adams’), 4) false expert testimony (discredited dog handler John Preston), 5) questionable interactions with other state agencies (“new witness” Sandra Weeks re medium T-shirt 6’4″ Dillon was accused of wearing, which DNA refuted), 6) questionable interactions with federal agencies (TALON surveillance of peace protesters), 7) questionable endorsements of your reelection (retired local FBI agents who may have been involved in using John Preston against Linroy Bottson, who was executed), 8) withholding information from the public on a unsolved homicide (Pauline Scandale), 9) possible abuse of grant funds (cold case computerization with no resulting revision of cold case website), 10) possible collusion in locating jailhouse informants between former prosecutor John Dean Moxley and former officer Ron Clark (Clark’s wife was Moxley’s assistant, Moxley was involved in Ramos, Dedge, Dillon and other Preston/jailhouse informant cases that have yet to see Sunshine), 11) arrest inconsistent with initial eyewitness description in every detail but race (Crosley Green).

I raised many issues with Florida Today in an effort to have them cease misleading citizens into voting for rogues, and with the FBI and DOJ in attempts to have their honor their respective mandates to investigate and prosecute public corruption that affects trial and election outcomes. Corruption isn’t contagious, although their unaltered behaviors would make it seem so.

The four .pdf document copies below make it clear that inaccurate reporting and failed oversight endangers everyone. All four concern Roger Dale Chapman, who cost Bill Dillon 27 years of his life with his coached lies on the stand in Brevard.

The earliest record shows Chapman as being on supervised release, with a probation termination date of 6/5/2010.

Chapman apparently violated probation, as he was again imprisoned, with the next record showing a release date of 2/24/2010.

The final record indicates that Chapman was released on 10/22/2009. The release was without probation, despite his original probation being violated and not satisfied in full – it was to terminate on 6/5/2010 – as previously noted.

With the media describing him as a Bonifay mechanic rather than a recently re-released felon, Chapman publicly “apologized” to Dillon. Chapman named former officer Thom Fair as one of his coaches. Fair vociferously denied Chapman’s accusation and inexplicably defended Moxley’s involvement in Dillon’s case, although Moxley’s participation in Ramos and Dedge’s frames was already clear. The online records of Fair’s public employment suit before Moxley, now a judge, are not as transparent as the public deserves.

Chapman would not have been available for statements during Dillon’s exoneration compensation hearings if his release date had not been moved from 2/24/2010 to 10/22/2009. The DOC informed me that as Chapman’s release was without probation, no details could lawfully be released, which is convenient for the corrupt and a an obvious disservice to the public, with the proof not long in the making.

Chapman was soon arrested on another meth charge.

The fourth .pdf document is an August 24, 2010 Holmes County Times Advertiser article about Chapman, “‘Shake and bake’ lab busted in Gritney.” Chapman has not since been returned to prison. In exchange for testifying falsely against Dillon, rape charges against Chapman were dropped; charges that Chapman’s brother claimed were valid. Perhaps Chapman is already back on the streets … free to cook more meth, discharge more firearms, rape another minor.

Just as the money spent to computerize cold cases didn’t translate to providing sound public information, the $450,000 federal grant your agency received to address crystal meth may have been so selectively spent as to have proved useless – others meth cookers like Chapman may have recently received get-out-of-jail-free cards with no expiration date in trade for false testimony, as Jeff Abramowski’s case indicates that the decades-long agency penchant for coaching jailhouse informants continues into this century.

Your speech on the links between officers, justice and God isn’t going to sit well with the officers who actually believe in justice and God, sir. Here’s hoping your hypocrisy inspires some of those officers to demand oversight instead of just continuing to pray for it.

No Brevard officers that actually believed in justice and God stepped up on behalf of citizens after my post was published.

If some had, Wayne Ivey likely wouldn’t have run for sheriff and replaced Jack Parker. After all, it had been Ivey’s responsibility as the Florida Department of Law Enforcement special agent assigned to Brevard  to make sure its law enforcement agencies behaved themselves, and Ivey had resoundingly failed to do that job – necessitating my emails to Parker (and scores of other public servants).

Jack Parker moved on to employment with the Brevard community college. So did Florida Today’s John Glisch. It’s no coincidence. Those who play along with Brevard’s corruption can look to become employed there with overly generous salaries, or even a “book deal.”

All three of these things happened AFTER I wrote and published the above email to Jack Parker. The start date of Brevard’s beginning to collect DNA from people who haven’t been convicted of a crime – at considerable cost for no legitimate purpose – is unknown.

What is known is that Brevard has not processing rape kits as the crimes are committed, even though “running” DNA test results through CODIS could instantly identify some offenders. Within Florida Today’s July 17, 2015 article about this travesty, “Space Coast rape kits sometimes languish, decades-old,” costs are cited as one of the factors in treating rape as a victimless crime. This is how the article opens:

Despite advancements in DNA collection and database developments, possibly hundreds of rape kits – a collection of packaged evidence from sexual assault cases – could be languishing in evidence rooms at Space Coast law enforcement agencies.

Brevard’s police, prosecutors and judges will begin behaving when the Department of Justice makes them, via prosecuting those who framed innocents and/or tightened frame-ups, which would rid the county and the judicial circuit of most of the bad actors. That it hasn’t already done so – decades ago – is an ongoing Failure to Keep From Harm, one that our next president must correct by having the a attorney general prosecute his or her predecessors.

Please use the hashtag #FailureToKeepFromHarm when it applies. Please know that if you’re an activist, you will begin to notice that it applies a number of times each day, in a stunning number of ways. 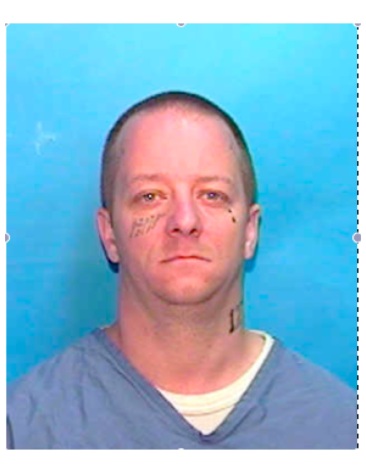 This blog post is dedicated to Richard Mair, who refused Brevard deputy Gary Harrell’s solicitations to testify falsely against Jeff Abramowsi, now one of Brevard’s scores of framed innocents. Richard took his own life at Miami Dade Correctional Institution in 2013 when he could no longer tolerate the abuse and violence of corrections officers, violence and abuse that was known to have resulted in the 2012 scalding death of mentally ill inmate Darren Rainey in the very same unit. #FailureToKeepFromHarm