.@TheJusticeDept: Do something about #LoveFL CIG Miguel’s f*ck-off form letters 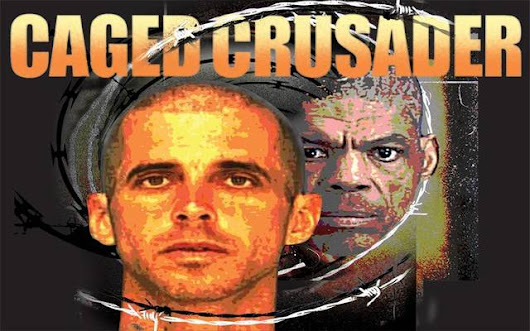 The Miami Herald’s coverage of deadly officer-on-inmate violence within Florida prisons began with their verifying inmate Harold Hempstead’s claim that mentally ill inmate Darren Rainey had been scalded to death in June of 2012 by Dade Correctional Institution officers in a locked shower that had external-only water temperature controls.

Harold’s still blowing the same whistle, attempting to get justice for a number of inmates at other facilities.

One would think that the nationwide media attention spurred by the Miami Herald articles about Harold – whom they dubbed the Caged Crusader – would lead Florida Chief Inspector General Melinda Miguel to heed to his correspondence concerning other facilities.

And one would be dead wrong.

Below are six responses from the office of CIG Miguel to Harold.

At first glance, the letters seem identical. All six say, “After having had the opportunity to review your continued concerns, by copy of this letter, we are forwarding your additional information to the Inspector General for the Department of Corrections for review and action deemed appropriate.”

Form letters are an appropriate governmental response to a formal complaint that a particular traffic light stays red (or green, or yellow) 6.3 seconds longer than it should.

Form letters are not appropriate governmental responses to formal complaints about criminal acts being committed by public servants, acts that include homicide.

Harold wants Florida’s surviving inmates’ brains and teeth and eyes to remain in their heads, and their skin to remain on their bodies. He doesn’t want anyone else starved to death. Or gassed to death. Or tortured into taking their own lives.

I want what Harold wants.

I advocate for a number of inmates who I’m certain are innocent, and after twelve years of fighting, I am deeply disinterested in posthumous exonerations … it is heartbreaking enough to observe exonerations of toothless, aged, malnourished innocents, who will never recover from being physically and psychologically battered in prison, over and above the only partially undone societal betrayal of the damnation by duped juries of their peers.

Neither Harold or I will get what we want via Chief Inspector General Melinda Miquel’s f*ck-off form letters. But given that deadly officer-on-inmate violence is now so well-documented, Miguel (along with Governor Rick Scott, corrections secretary Julie Jones and corrections inspector Jeffrey Beasley) should get she doesn’t want … prosecution and conviction for “failure to keep from harm;” a federal, Color of Law crime that the FBI is obliged to investigate and the Department of Justice is obliged to prosecute. These responsibilities are not officially portrayed as optional, or officially conditioned upon receiving engraved invitations from public or private parties, nor is there an exception for states whose public servants continually get away with murder, like Florida.

I’m publishing the CIG’s letters in the order I received them, which may have some significance that I’ve failed to note, or may simply signify a re-schuffle by the prison personnel who process Harold’s outgoing mail. Please note that although there are six letters, they concern three cases: 201512140002 (three letters), 20151112ooo4 (two letters); 201412110006 (one letter).

Today – May 2nd – is the 44th anniversary of J. Edgar Hoover’s death, and high time to acknowledge the FBI’s ever-darkening history, resulting from the Department of Justice’s failure to force FBI directors to follow mandates rather than pursue prejudices … peaceful protestors weren’t brazenly taking lives in cold blood on Hoover’s watch, and they’re not taking them on James Comey’s watch. Corrections officers are.

Please show your displeasure with this deadly dysfunction by sharing this blog post. Thank you.

8 Responses to .@TheJusticeDept: Do something about #LoveFL CIG Miguel’s f*ck-off form letters