Grassy Narrows to @UN: Time for Trudeau to walk the talk 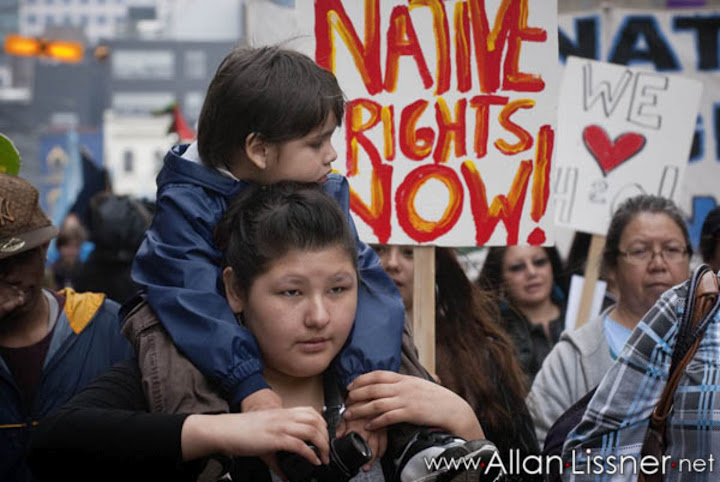 Grassy Narrows to UN:  Time for Trudeau to walk the talk

Geneva – Today Grassy Narrows First Nation addressed an expert committee of the United Nations which is currently reviewing Canada and Ontario’s record on human rights.  Grassy Narrows is calling on the UN to hold Canada to account for failing to clean up mercury poison in their river and neglecting to provide safe tap water.

The UN Committee on Economic, Social and Cultural Rights is reviewing whether Canada is meeting its obligations under the Covenant of the same name – one of the pillars of the international human rights system.

“Canada has not met its duty to obtain free, prior, and informed consent from Grassy Narrows’ Ojibway culture when it allowed timber companies to log on Grassy Narrows Indigenous homeland, nor when the company dumped 10 tonnes of mercury poison into the river of the Grassy Narrows people. Clean up the river,” said Chief Roger Fobister Sr.

“Prime Minister Trudeau says that ‘Canada is back’ as a leader on the world stage,” said Deputy Chief Randy Fobister.  “But how can Canada lead while mercury poison sits in our river and while our families drink unsafe water for 20 years.  It is time for Canada to walk the talk and act now to clean our river and provide safe tap water for our people.”

Grassy Narrows is still dealing with the ongoing impacts of mercury poisoning that came to light in the 1970’s and now faces the imminent threat of unwanted clearcut logging and a chronic lack of safe tap water.

“Some of our children continue to be born with mercury poisoning and for decades nothing has been done to clean the poison from our river,” said Judy Da Silva who spoke to the UN Committee today in Geneva.  “In the past Canada has not respected our rights but I still have hope that the tide will finally turn for us and that the Prime Minister will honour his word.”

The UNCESCR review is the first opportunity for the federal government to engage with a human rights body since the election of the Liberal government.

Rights protected under the Covenant include the right to health, the right to food, the right to culture and the right to a decent standard of living, as well as the right of all people to self-determination.  The review covers the actions and policies of the federal government as well the provincial and territorial governments.

“The chronic neglect of basic human rights in Grassy Narrows is extremely troubling and the ongoing cost in human suffering and cultural loss is staggering,” said Craig Benjamin, Indigenous rights campaigner with Amnesty International Canada. “This longstanding injustice is entirely at odds with the federal and provincial governments’ obligations under the Covenant on Economic, Social and Cultural Rights and other international human rights law.”

Human Rights Watch, an independent international human rights organization reporting on abuses in some 90 countries around the world, also reported to the Committee about the poor drinking water conditions in Grassy Narrows and other First Nations in Ontario. Human Rights Watch raised a concern with the Committee that people in Grassy Narrows have been consuming high risk water for two decades. It called on the government to do more to progressively achieve full realization of the rights to water and sanitation and to take immediate action to eliminate discrimination suffered by First Nations like Grassy Narrows with respect to these rights.

2 Responses to Grassy Narrows to @UN: Time for Trudeau to walk the talk