I hope that belated awareness of European activism will be of some small comfort to Davontae and his family while they endure another Color-of-Law Christmas, and of considerable discomfort to the public servants who conspire to keep a young man incarcerated, betraying their sworn oaths, and everything our nation supposedly stands for. 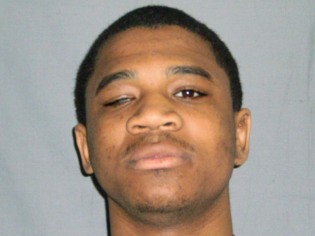 Email to the Attorney General

Re: Justice for Davontae Sanford, # 684070, Ionia Correctional Facility (ICF)
Disabled friends in Germany, Austria, Switzerland, and the Principality of Liechtenstein got information from the United States that innocent Afro-American teen Davontae Sanford, #684070, is imprisoned in Ionia Correctional Facility (ICF). In 2007, Detroit police coerced an incredible false confession to a single-handed quadruple homicide from 14-year-old, half-blind, developmentally-disabled Davontae without a parent or advocate present. In 2008, “Hit Man” Vincent Smothers confessed to being one of the two adult shooters; he has reasserted his guilt at every opportunity, accurately describing the homicides and weapons.

The National Post published an article on April 16th, 2015: “Detroit hitman’s chilling affidavit leaves officials with a conundrum: Competing confessions to four deaths”. Given this ground breaking news we seek the immediate release of Davontae Sanford. As an attorney, you are aware that the younger and more mentally challenged a suspect is, the likelier he is to tell officers whatever they want to hear. The Detroit police have a history of coercing confessions: Eddie Joe Lloyd – also mentally challenged – died prematurely after his DNA exoneration due to Michigan’s negligent prison care.

You announced some time ago, in regards to unpaid child support, “It is a privilege to help more than 10,000 children and their parents when they need it most.”

We ask you to exercise the high power endowed to your office to end this gross miscarriage of justice. Please immediately end 19-year-old Davontae Sanford’s false imprisonment!