FDoC or FDC: @FL_Corrections is dangerous by any acronym

Why Solitary Confinement in America Needs to Finally Stop

In early 2015, [Heather] Chapman was allowed to resume weekly visits to her son, and she says he has shown huge improvements since their visits began. Before he saw his mother, [Nikko] Albanese hadn’t spoken in two years and had lost 40 pounds. Now, she says, he is functional enough to make eye contact with her and can converse with other men in cells near him. But she can’t always afford the $250 in gas and tolls the seven-hour trip costs her. She has two younger children, both girls, who need her help getting to school, and leaving them to fend for themselves is sometimes untenable.

The Florida Department of Corrections is following one part of one page of its 19-page 2013-2016 Strategic Plan, Strategy 3.4: 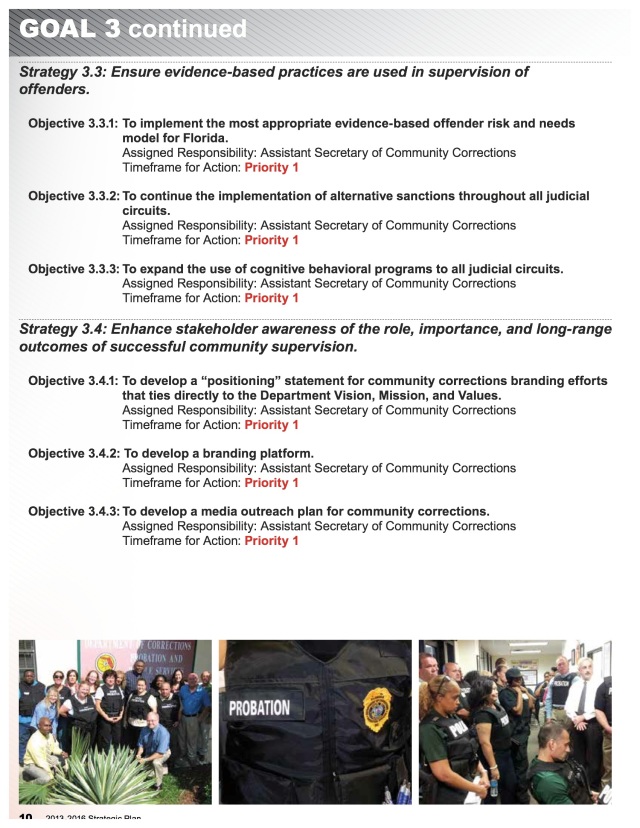 “Branding” is now considered a sound management practice, although it merely renames the eternally-unsound (and unsavory) management practice of “perfuming the pig.” Because of Strategy 3.4, the Florida Department of Corrections has an ugly new logo in which the FDoC became the FDC, with the letter “C” appearing as an apparently inoperable compass … which is quite appropriate: Re-branding won’t help Nikko Albanese, or any of the other inmates whose safety is not assured, or whose needs are not being met.

Nikko is 5′ 10″ and weighed 136 pounds the last time the FDoC/FDC updated his information, and he likely has lost additional ground – word is that he is once again doing poorly.

Like young Jeffrey Srang, young Nikko Albanese’s sentence is not death. Jeffrey Srang died of cancer at age 28 after receiving the wrong chemotherapy, with the FDoC/FDC unwilling to explain his early release, which makes it likely that it was facilitated for the specific purpose of Jeffrey’s name not appearing in mortality stats.

While there reason to hope that the Department of Justice will step in and investigate the FDoC/FDC in the near future, and take it over, courtesy of the direct action of the ACLU of Florida, SPAN, NAMI and other NGO’s. inspired by “Caged Crusader” Harold Hempstead, there is every reason to fear that however swiftly the DoJ moves, it will be too late for some inmates.

Lord help them all if the DoJ pauses to re-brand itself into the DJ.

11 Responses to FDoC or FDC: @FL_Corrections is dangerous by any acronym