@FLGovScott’s PR in lieu of PRosecutions re @FL_Corrections’ #DeadInmates, part 1

When they learn of Rick Scott latest Executive Order concerning the Florida Department of Corrections, Floridians with loved ones behind bars will likely feel they’ve had a truckload of rock salt poured into the wounds created by Scott’s warm, fuzzy feelings for abusive and homicidal corrections personnel, as the E.O. follows directly on the heels of the announcement that a Grand Jury failed to indict the officers who beat Matthew Walker to death (pictured above).

Scott’s related News Release, below, firmly establishes that he and FDoC Secretary Julie Jones admire each other, although there’s nothing admirable in either of them being all talk, all the time.

But the Release hints at something dark … spending taxpayers money for the FDoC to continue to spin its wheels on legitimate reform.

I’ve added links to the News Release to aid in understanding the suspected darkness, which I’ll repeat here. One link is to the National Institute of Corrections, which is part of the Federal Bureau of Prisons. It would have been encouraging to have feds involved in the two promised prototype institutions, were it not for the other two links. The Association of State Correctional Administrators, a non-profit organization, appears perhaps to have a Revolving Door opportunist on board: Associate Director Patricia Hardyman was formerly employed by the Federal Bureau of Prisons’ National Institute of Corrections … unfortunately, this is a Linked-In link, and won’t be accessible to everyone, as it’s important that one of the skills listed is grant writing; as it is an abuse of the public trust for former federal employees to have an easier time than others in securing federal grant money, or an easier time than others in securing contracts.

There is some furor over former federal employees returning to private sector work for which they may be able to exert undue influence over government, perhaps the most recent of which was over former U.S. Attorney General Eric Holder’s return to the corporate law firm he’d previously been employed at – Covington and Burling – where it’s rumored they not only kept the light on for him, but kept an office empty for him.

But little attention is paid to former federal employees taking conflicted positions at non-profits. Former U.S. Attorney General Janet Reno’s Emeritus board position at the Innocence Project is a conflicted due to conviction corruption that was known to and ignored by the FBI and Department of Justice while she held office; it is the same reason why former FBI agent Robert Cromwell’s board position at the Innocence Project of Florida is conflicted. It’s becoming increasingly self-evident that too many non-profits are more interested in personal income generating self-perpetuation than they are in resolving any societal ill.

The long and short of it is this: PhD’s and assorted “stakeholders” (stupid, stupid word!) have studied the hell out of prisons and never reached the legitimate conclusion that untrained, underpaid, unappreciated corrections personnel take out their discontent on inmates by denying them food, withholding their meds, “tossing” their cells, writing phony Discipline Reports, waking them up in the middle of the night, freezing them in winter, broiling them in summer, throwing them in the” hole” just for giggles, and more … murderously more. It’s no different than innocence organizations studying the hell out of wrongful convictions, and never reaching the legitimate conclusion that it’s prosecutors and their supervisors – not police – who knowingly convict innocents. Police are now suffering pay freezes and benefit cuts, and getting just as angry as corrections personnel … and boy, does it show.

Below Rick Scott’s announced attempt to pretend he’s doing something to stop Florida corrections personnel from murdering inmates is a bulletin that PhD Patricia Hardyman coauthored while employed at the Federal Bureau of Prison’s National Institute of Corrections. This 2001 work wasn’t legitimate; it assumed that every Discipline Report written against an inmate was legitimate, and other silly things. Florida is mentioned; it would have surprised me if it wasn’t.

Obviously, we don’t need the same PhD participating in a prejudicial audit in 2015.

Mentally ill Darren Rainey (pictured below) was deliberately scalded to death by Dade Correctional Institution corrections officers on June 23, 2012. No arrests have been made. Other clear homicides have happened before and since, along with many other suspicious deaths. This is Rick Scott’s second attempt to baffle Floridians with Executive Order bullshit re guard-on-inmate violence; I wrote about the first one here, and an Anonymous Inmate wrote about it here.

Rick Scott should audit this – no pun or sarcasm intended – before he wastes another Floridian’s penny on PhD’s and “stakeholders” and other deliberate stalls. I sense that he’s reaching the point where his party’s going to have to cut and run. 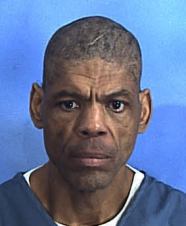 TALLAHASSEE, Fla. – Governor Rick Scott today signed Executive Order 15-134 which includes measures to increase oversight, accountability and efficiency at the Florida Department of Corrections. The measures included in this Executive Order expand upon reforms and initiatives previously implemented by Secretary Julie Jones since the beginning of the year. Governor Scott said, “This Executive Order empowers Secretary Jones to improve safety in our correctional facilities, enhance services to reduce recidivism, and address the growing needs of inmates that require additional mental health services. From the programs outlined in this Executive Order, the Department of Corrections will be able to better identify what works and what doesn’t work, and apply lessons learned across the state’s entire correctional system. This Executive Order will also empower our social service agencies to work together to understand how mental health needs are addressed across state and local levels. This collaboration will allow Florida to develop a more holistic approach for investing taxpayer funds to meet the mental health needs of our communities, while keeping Floridians safe.” Secretary Julie Jones said, “The directives set forth in Executive Order 15-134 perfectly reflect Florida’s commitment to expand policy and procedure focused on the safety and rehabilitation of our inmates. I applaud Governor Scott’s leadership and look forward to continuing to work together to transform the Florida Department of Corrections.” The Executive Order takes three major steps: 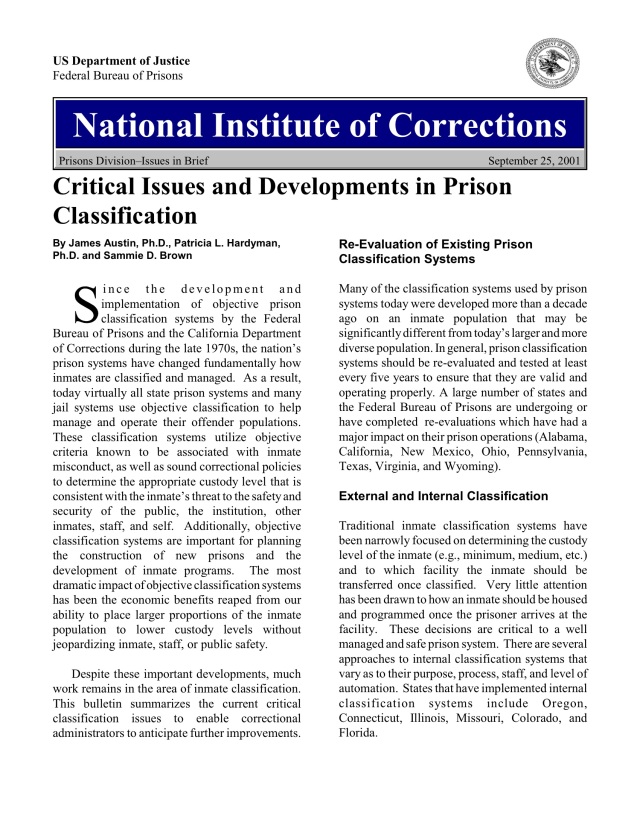 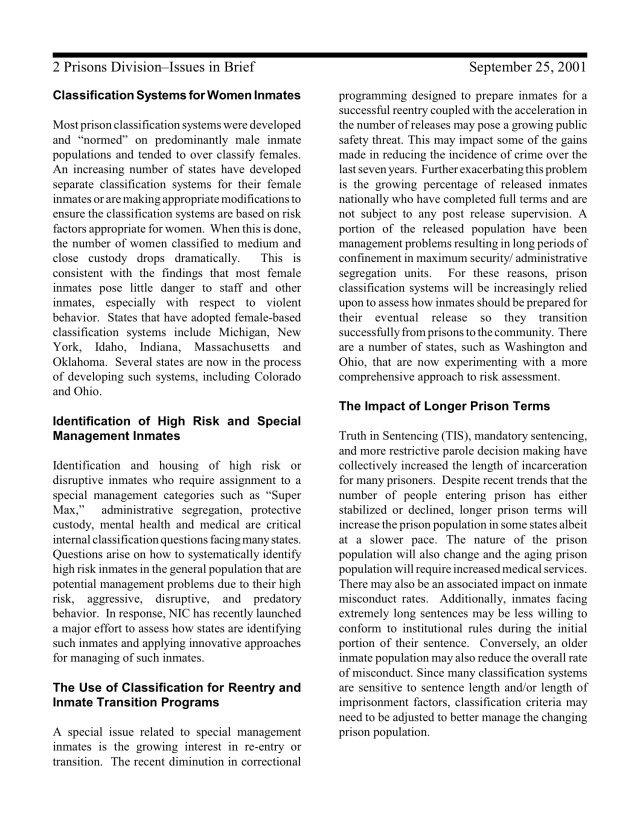 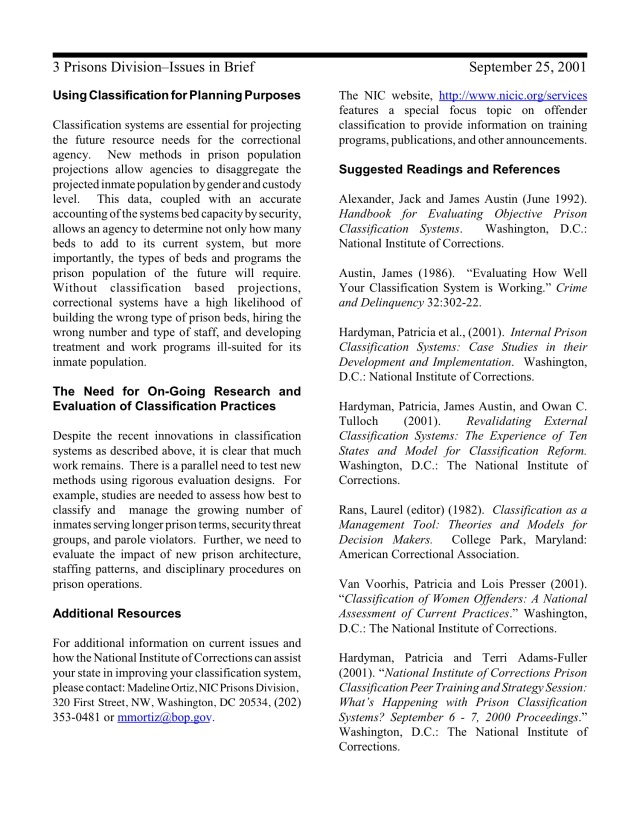 1 Response to @FLGovScott’s PR in lieu of PRosecutions re @FL_Corrections’ #DeadInmates, part 1