Dade Correctional Institution is deadly … like other Florida facilities.

2014: Lavar Valentin told Dade corrections officers that his cellmate threatened to kill him, and asked for protection. The officers ignored him. His cellmate killed him.

2013: After suffering abuse from Dade corrections officers, Richard Mair filed a grievance. Corrections officer beat him mercilessly, off-camera, for doing so. He committed suicide to escape the abuse, writing a note naming his attackers, which authorities would not investigate.

2012: Mentally ill Darren Rainey reportedly defecated in his cell at Dade, and refused to clean it up. Corrections officers put him in a closet-sized shower with external temperature controls – a punishment previously used on other inmates. The officers scalded Rainey to death. The skin melted off his body, for which the medical term is apparently “slippage.” The medical examiner has not yet released his report, no charges have been filed against officers. The third anniversary of Rainey’s homicide is TODAY. 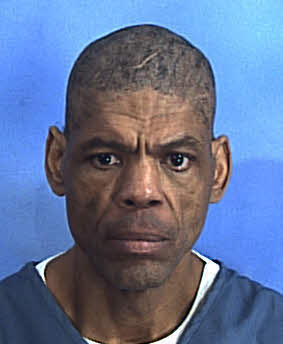 If due attention had been paid to Darren Rainey’s homicide, corrections officers would have begun to behave themselves: it’s unlikely that Richard Mair would  have taken his own life, or that Lavar Valentin would have been murdered by his cellmate.

But all that Florida’s governors, attorney generals, legislators, corrections secretaries, law enforcement commissioners, chief inspectors general, etc. have done as similar deaths continue all over the state, year after bloody year, decade after bloody decade, is talk. And it isn’t just men and women who are dying, it’s children, too … both political parties in Florida have been the party of “Who Gives A F*ck?” for all the the days of the Dozier School for Boys, a/k/a the White House Boys. And that’s been perfectly okay with feds.

Please share this post, and send off a few choice to Governor Scott at Governor Rick Scott <Rick.Scott@eog.myflorida.com> to remind him that his job is to enforce laws, not rehash them in Executive Orders.