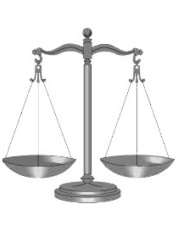 At its annual meeting in Boston this week, the American Bar Association officially adopted a policy recognizing the rights of people who are lesbian, gay, bisexual or transgender as basic human rights.

A four paragraph resolution passed by the associations 560-member House of Delegates condemns laws, regulations, rules and practices that discriminate against LGBT people on the basis of their status and encourages the US government to work to end this discrimination.

It’s a common ploy of disreputable non-profits to grandstand on issues that, while important (if not crucial), are not central to their existence, or the basis of their tax exemption.

Although there are hundreds in the running, there is likely no non-profit more disreputable – and running further afield of its tax exempt status – than the American Bar Association (ABA).

The ABA is aware that discredited forensics have darkly clouded tens of thousands of standing criminal convictions, including life-without-possibility-of-parole (LWOP) and death sentences.

The ABA didn’t take a stand that would compel prosecutors to come clean about using outdated forensics to achieve convictions, even though it has sole responsibility for public attorneys’ ethics.

The discredited forensics include the FBI’s Comparative Bullet Lead Analysis (CBLA) and the agency’s hair and fiber analysis, both were in use for roughly four decades. Unique human scent has been discredited, redundantly. Shaken Baby Syndrome criteria has been refined; little of the original criteria remains. Bite mark evidence has been discredited as matching to a specific set of teeth (DNA within a bite mark is still conclusive). Little of the previous century’s fire forensics is now accepted as having a scientific basis, particularly accelerant analysis.

An example of the ultimate harm done by the ABA’s silence on discredited forensics is the Texas execution of Cameron “Todd” Willingham, who was convicted on outdated fire science.

They revealed that jailhouse informant testimony was worthless.

That eyewitness identification was unreliable.

That witnesses were frequently coerced into giving false testimony under threat of being charged, themselves.

That police and prosecutors in some locales serially coached jailhouse informations, relied on eyewitness identifications they knew to be illegitimate, threatened witnesses with arrest for not testifying as instructed, and … withheld/destroyed/misrepresented evidence, concealed witnesses and concealed sworn statements exposing their conduct.

Jailhouse informant Clarence Zacke named his coaches to testify against Wilton Dedge (exonerated, 2004) and Gerald Stano (executed, 1998) in time to save Stano from being executed, had prosecutors been held accountable. Doing so would have prevented Linroy Bottoson from being executed (2002; twenty years after Preston was first revealed as a fraud by an actual perpetrator’s admission, which freed Dale Sutton in January of 1983 … a year before prosecutors used Preston yet again to frame Gary Bennett).

Because the ABA is so illegitimate, Courtney Bisbee remains incarcerated in Arizona for a molestation crime that never happened … per her original accusers.

Because the ABA is so illegitimate, Mike Ledford remains convicted of a Virginia arson that never happened … per legitimate fire science.

Because the ABA is so illegitimate, Jeffrey Havard may be executed in Missippi for shaking a baby that he never shook … per revised Shaken Baby Syndrome criteria – another crime that never happened.

Because the ABA is so illegitimate, young Timothy Cole died of an asthma attack in Texas prison while serving another man’s rape sentence, even though the actual rapist had repeatedly come forward and tried to clear Tim.

Innocence organizations know that the American Bar Association is responsible for the conduct of public attorneys, and that public attorneys are getting away with murder.

Because innocence organizations aren’t leading the charge to get the ABA to hold public attorneys accountable, they’re far afield of their income tax exemptions, too.

JUSTICE IS UNAVAILABLE because of the U.S. Supreme Courts decisions in Brady v Maryland, Giglio v U.S., Imbler v Pachtman, Van de Kamp v Goldstein and related nonsensical lower court rulings, all of which were upheld and confirmed by John Roberts’ and his feckless followers in Connick v Thompson in 2011.

It wouldn’t be that way if Ginsberg had prevailed in Connick v Thompson. And it can’t stay that way.

Most of the false convictions leave robbers, rapists and killers among us, doing more harm. We can’t have PUBLIC SAFETY and PROSECUTORIAL IMMUNITIES simultaneously.

Each time I restate the ABA’s criminal negligence, it is a renewal of my January, 2011 request of the IRS Oversight Board that it retroactively void Bar tax exemptions. One of my related posts way back then was, Don’t laugh … they took down Capone.

When the Congressional IRS investigation smokescreen clears – and it is indeed a smokescreen – the IRS will have to (very belatedly) get down to business, because I’ve only touched on a itty bit of the ABA’s corruption.